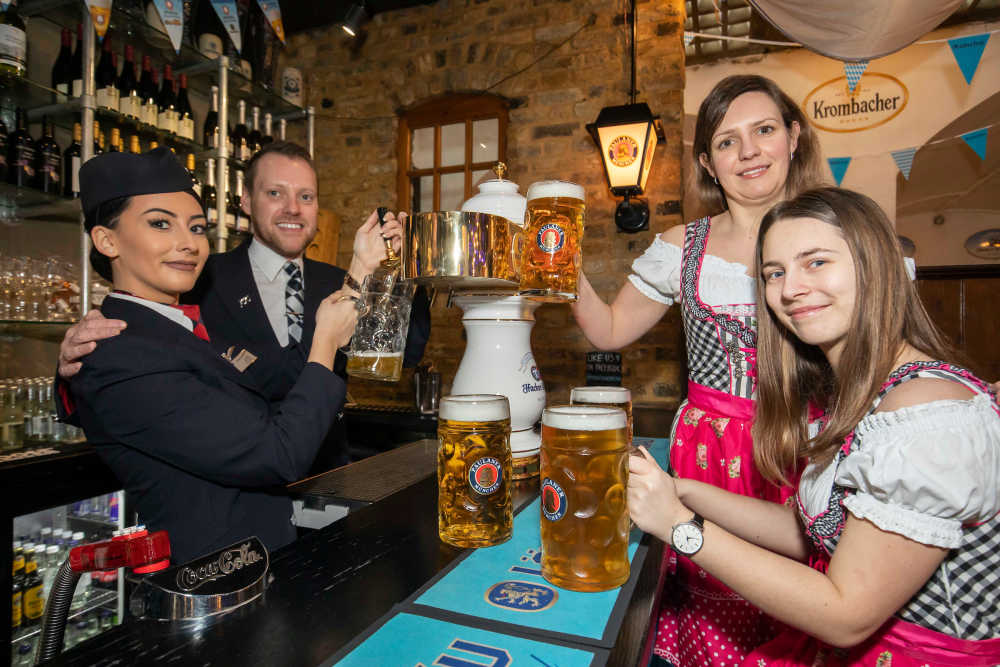 The first of the year-round flights took off on Saturday and means British Airways now offers four German routes from London City, with each-way hand baggage only fares to Munich from £64 based on a return journey.

As well as its beer heritage and annual Oktoberfest, Munich is also famous for its culture and is home to 18 world renowned museums and arts venues. The largest delicatessen business in Europe, Dallmayr, which is also one of the best-known German coffee brands is located in the city, alongside many other top European companies.

Munich is also a gateway to some of Bavaria’s most beautiful sightseeing routes, including palaces and castles, and the ski slopes of the Bavarian Alps are just under an hour’s drive away,

This year British Airways has also increased frequency to Berlin from the Docklands airport to 18 return flights a week.

Germany is such an important destination for both business and leisure customers, so the addition of Munich to our schedule has been welcomed by everyone who flies from London City. With well-timed frequent flights there are plenty of options for customers who either want to do a day trip or stay for longer. Munich complements our existing flights to Berlin, Dusseldorf and Frankfurt and means that we now fly 82 return flights a week to Germany this winter. The new route will increase the number of British Airways’ destinations from London City Airport to 34.

Munich is a German powerhouse of a city, attracting leisure and business travellers alike. Its gaining popularity is reflected in the frequency of this new three-times-a-day British Airways service, which makes travel between Munich and the centre of London easier and quicker thanks to the convenience of London City Airport.

It’s not just the world-famous Oktoberfest that brings thousands of visitors to explore Munich. Alongside the city’s beer halls are public parks, historic architecture, and a leading centre for business – home to globally recognised firms. Through British Airways’ continued growth at its London City base, we are keeping London connected to Europe – enabling trade and tourism in both directions.

Photo caption: British Airways cabin crew James and Cyntia bring some of their excellent inflight service skills to Munich Cricket Club in London when they served up steins of Bavarian beer with help from some of the resident team.
Please wait...