Celebrating their partnership with the Department for International Trade (DIT), the airport is hosting the creative campaign to inspire and support more UK companies to take their first steps towards selling overseas.

The artwork is being displayed in the Airport’s departure lounge and on their main ‘City Icon’ digital screen outside the terminal over the coming weeks. Five businesses featured in the creative at LCY met with the Minister and CEO of London City Airport, Robert Sinclair, to discuss their export journey’s.

The visit came shortly after Baroness Fairhead made a final call for businesses to input into the government’s new Export Strategy which will report in the coming months.

Speaking at London City Airport, Minister for Trade and Export Promotion at the Department for International Trade, Baroness Fairhead said:

““I am determined to help British businesses seize global export opportunities across the world.

“The Department for International Trade is helping thousands of new companies to export every year through our online export support tools at great.gov.uk

“This campaign provides a fantastic opportunity to showcase our export heroes and inspire many more businesses to sell their products overseas.”

“As a vital gateway for business travellers, and with its proximity to growing clusters of SMEs in East London, London City Airport is uniquely placed to strengthen DIT’s new campaign, and reach a truly captive audience.

“Already the airport is associated with trade exports totalling over £11 billion per year, and once our four-year £480 million development programme is complete, even more routes to new destinations and markets will help connect businesses with opportunities overseas – helping an outward-looking Britain to prosper.”

Ian Dell, Managing Director of Chemian Technology, one of the companies profiled in the campaign said:

“Exporting has always been of fundamental importance to Chemian Technology since I founded the business in 1996. Most of our turnover currently comes from overseas sales and we now sell to more than 30 countries worldwide.

“Exporting is certainly not an easy process but I’d encourage every company with an innovative product to do what we’ve done and look overseas for growth.” DIT’s Exporting is GREAT campaign is currently showcasing 30+ UK businesses – from a range of sectors and regions – to inspire and support firms up and down the country to export. 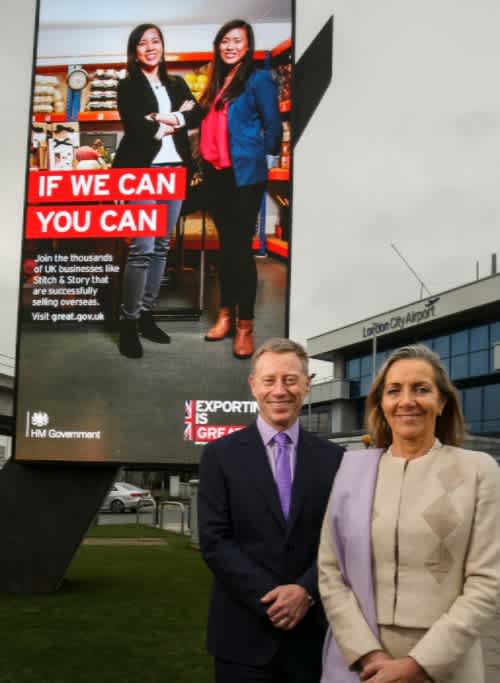