Following his appointment as the new Chairman of HS2 Ltd, Sir Terry Morgan CBE has confirmed that he will step down from his role as Chairman of London City Airport in September to focus on HS2, which is one of Europe’s most significant infrastructure projects. 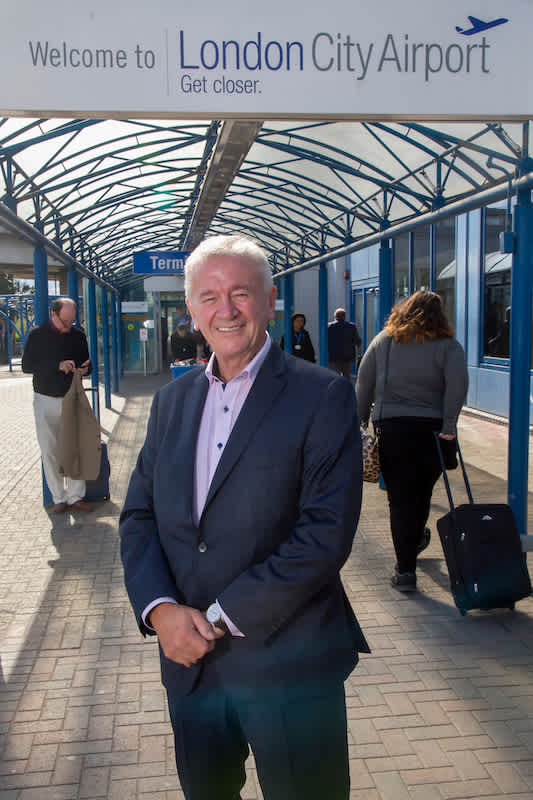 It was announced in July that Sir Terry was taking over at HS2 from Sir David Higgins from 1 August 2018, moving from his role as Chairman of Crossrail Ltd, which he held in parallel with the position at London City Airport.

“On behalf of the Board and shareholders of London City Airport, I would like to pay tribute to Sir Terry’s leadership of the Board during a period of change and significant progress. His immense experience of infrastructure businesses and construction activity has been invaluable as we have put in place the foundations for the next phase of the airport’s growth. We wish to thank Sir Terry for his time and commitment, and wish him well in steering one of the most vital infrastructure projects for Britain’s long-term prosperity.”

“Sir Terry has been an excellent Chairman for London City Airport - one of the most respected, experienced and well- connected industry leaders in the UK. He has been extremely helpful to me personally, and to my leadership team. I wish him all the very best as he takes the helm at HS2, a significant national transport project.”

“London City Airport is one of the most important transport assets in London, providing vital air connectivity to the capital. With its central London location, excellent customer service standards and a development programme that will fundamentally transform the airport, it is an incredibly exciting time for the business. It is therefore with some sadness that I step down from the Board at this time to focus on HS2, but I am very confident that the airport will continue to flourish under the Board, shareholders and Leadership Team, fulfilling its huge potential for London and the UK over the coming years."

The Board of London City Airport will shortly commence a process to appoint a new Chairman of the Board.