London City Airport assembled some of the best-known business names in the country today, to tackle the rising skills shortage in the fields of Science, Technology, Engineering and Maths (STEM) and announce a new bursary for East London pupils.

As an education and skills report this month by the CBI and Pearson suggests, there remains a complex challenge in encouraging the education pipeline to produce more people with the right STEM skills. 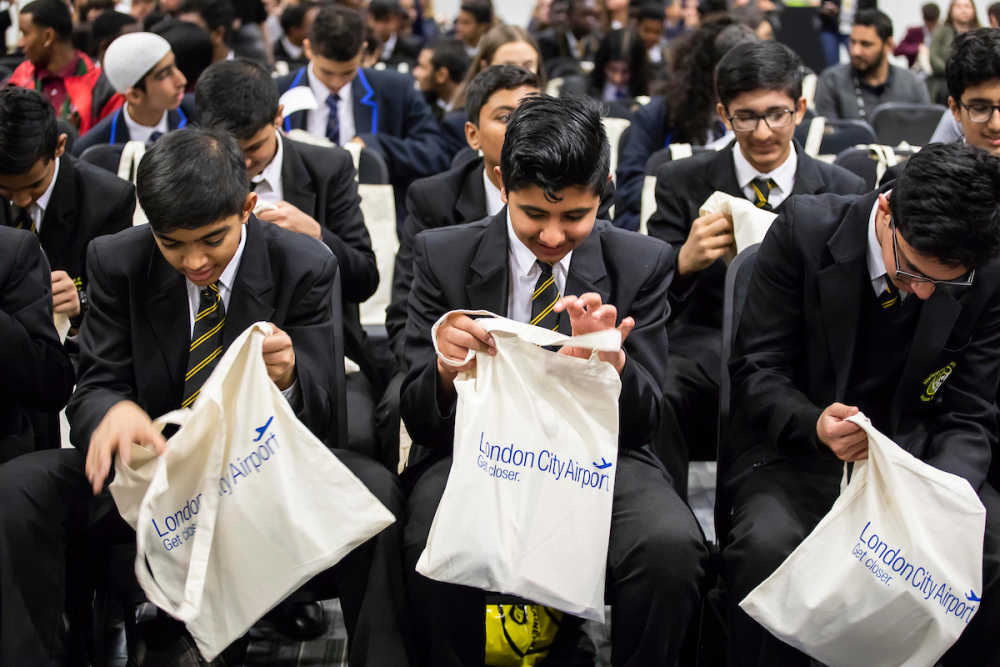 In an eclectic range of sessions and experiences, facilitated by business volunteers, pupils saw the amazing variety of ways STEM can be applied in the workplace, including use of voice recognition, machine learning, artificial intelligence and virtual reality to help with construction management. 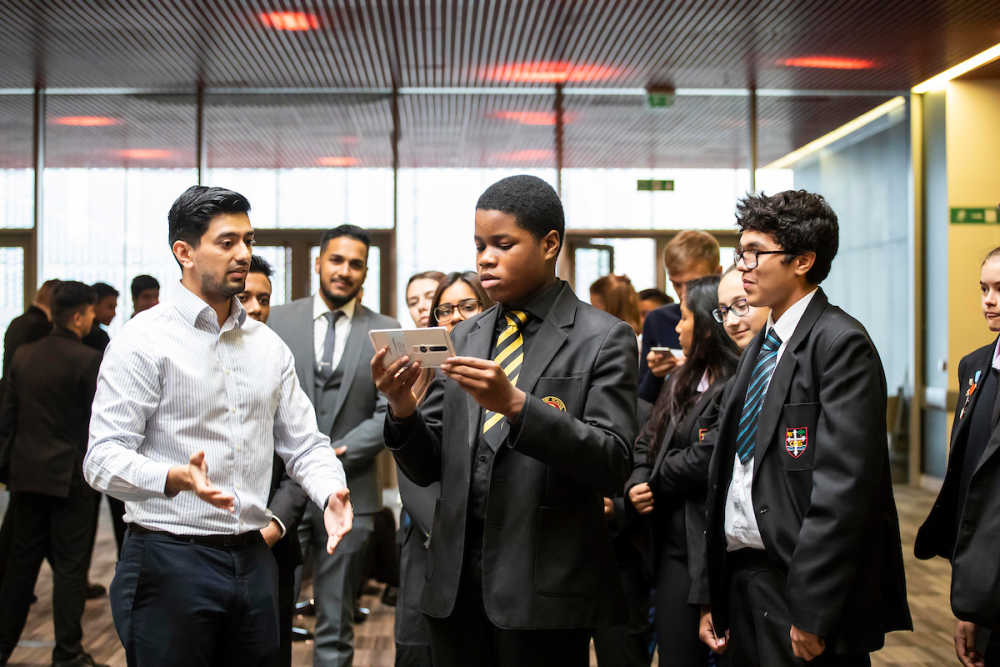 With East London home to some of the fastest-growing areas in the country, major national infrastructure projects in the decades to come, and a Government Industrial Strategy with productivity at its heart, the goal of the event was to boost take-up of STEM subjects so that the skills needed now and in the future are met.

To help East London pupils specifically, today the airport revealed details of a new bursary worth £5,000 each for students wishing to pursue a STEM subject in higher education.

It is clear from today that we have a wealth of creative talent.

Events such as this, along with our ongoing work as part of the Year of Engineering campaign, are vital in helping to encourage more pupils to take up STEM subjects as we look to build the diverse and highly-skilled workforce of the future.

At London City Airport, we are acutely aware of the need to attract the best engineering and technology minds to meet the skills challenges of the future. Particularly as we deliver our £500 million development and implement cutting edge tech like a new digital air traffic control tower.

If we can do that locally, then we build a sustainable workforce, and nurture skills for East London which will be critical for its continued regeneration. Today is about reaching these school pupils at a formative stage of their education, opening their eyes to the possibilities of STEM, and breaking down historic barriers to accessing these fields. 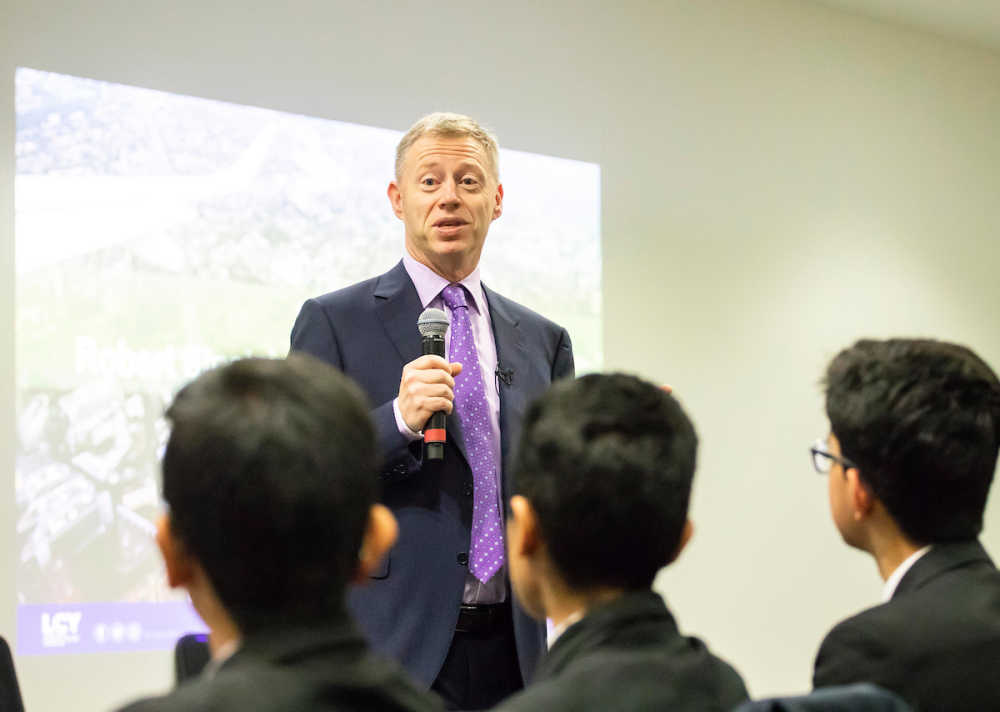 We are delighted to host London City Airport’s annual STEM event and recognise how important STEM is to both the curriculum and the UK economy. Every year, we host 300 events, welcoming 4 million visitors, from every corner of the globe.

These events help to engage and inspire thousands of people in the fields of science, technology and engineering, from university graduates and entrepreneurs to senior professionals, showcasing the latest developments. We hope that today will help unlock the potential within our local schools, encouraging more young people to pursue opportunities in these diverse and creative sectors.

Following the sessions in the morning, the school groups faced a business challenge where they were tasked with developing an airport terminal design. 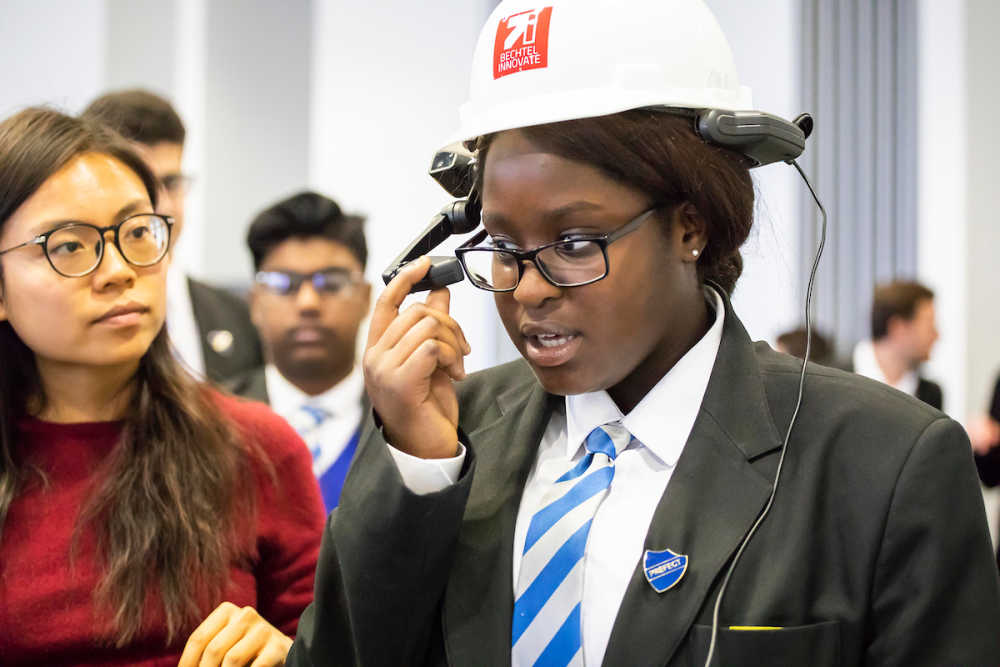 It is hope that through the event, hundreds of East London’s young people are inspired to pursue STEM careers, and consider the different pathways to employment. Newham is one of the youngest, most diverse boroughs in the country and the new bursary, further details of which will be announced next year, will help provide a stepping stone for eligible pupils. 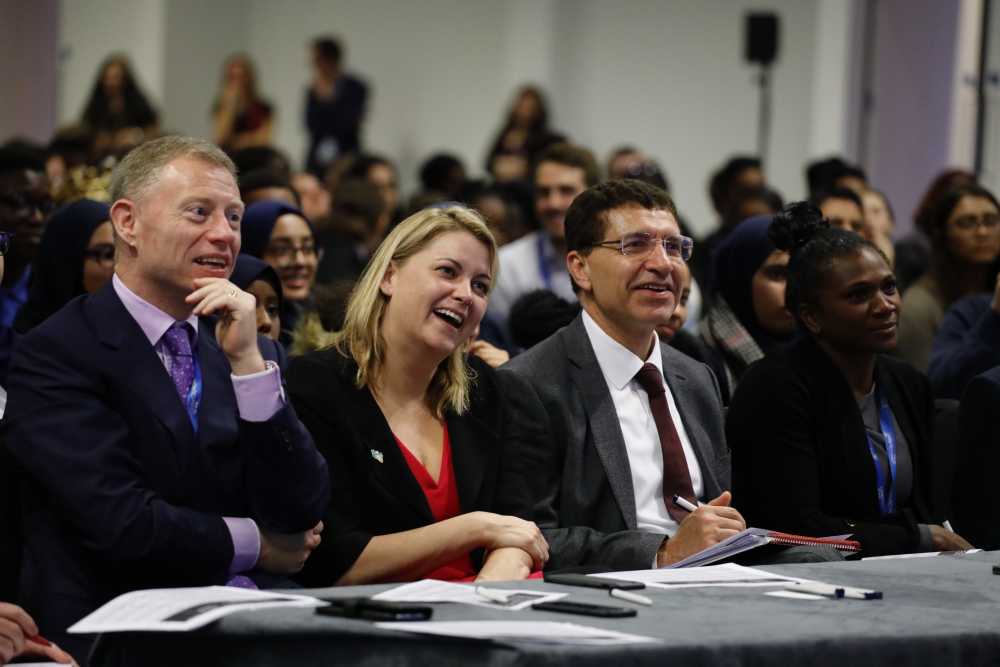